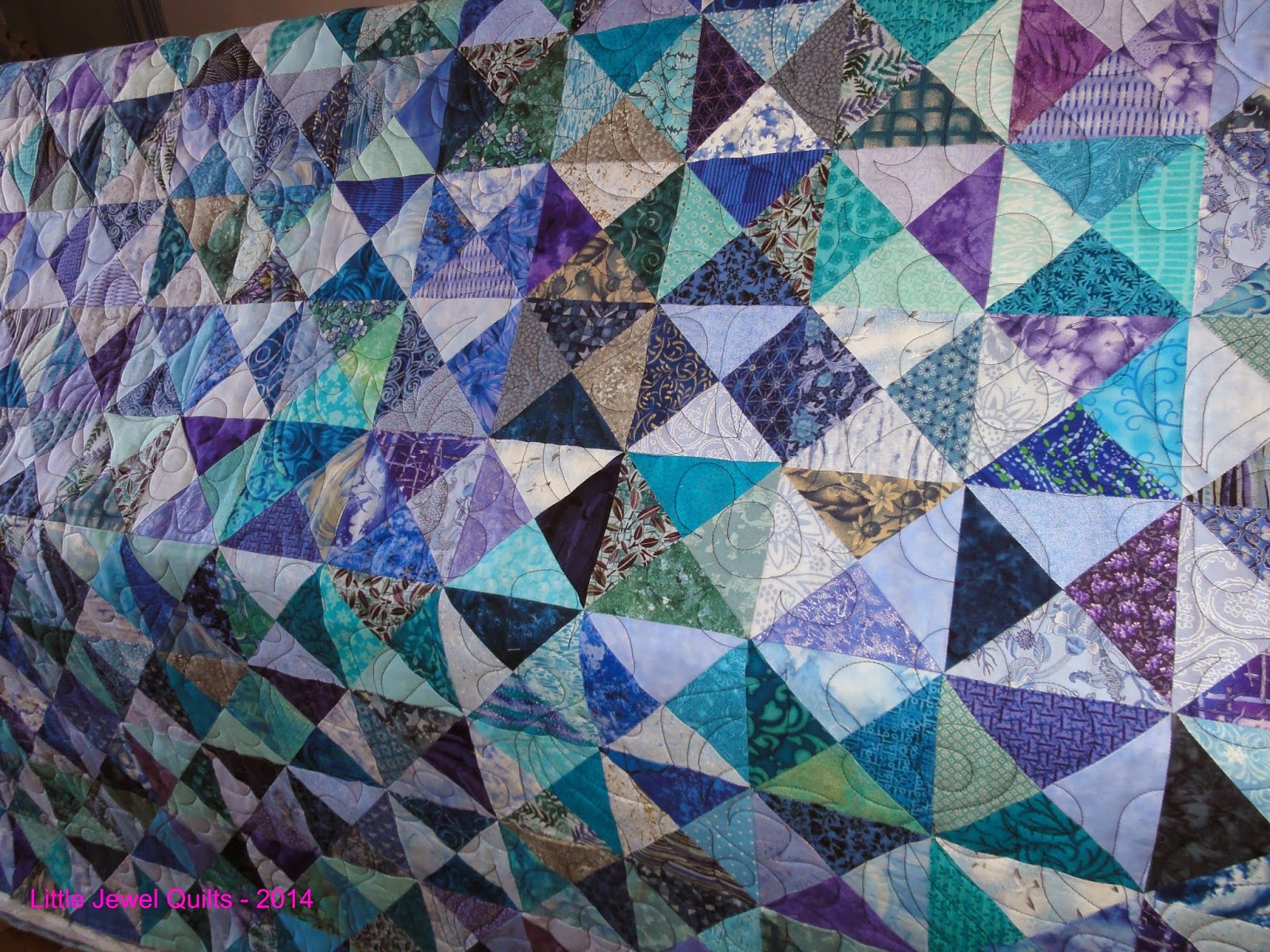 After all of the problems I had with the quilting on Nick's quilt I needed some Tranquility! Cheryl and I loaded the quilt on the frame on Saturday morning and started to quilt it. I had changed the thread to a dark blue for this quilt and almost immediately my thread started breaking again. You should have heard us and seen the looks on our faces!! I had thought that the thread breakage problem was due to a defect in the thread I had been using because I tried everything I could think of to fix the problem. Obviously, I was wrong unless the thread problem was contagious!!

So, when all else fails, dig out the manual. Sure wish I had done that sooner.... 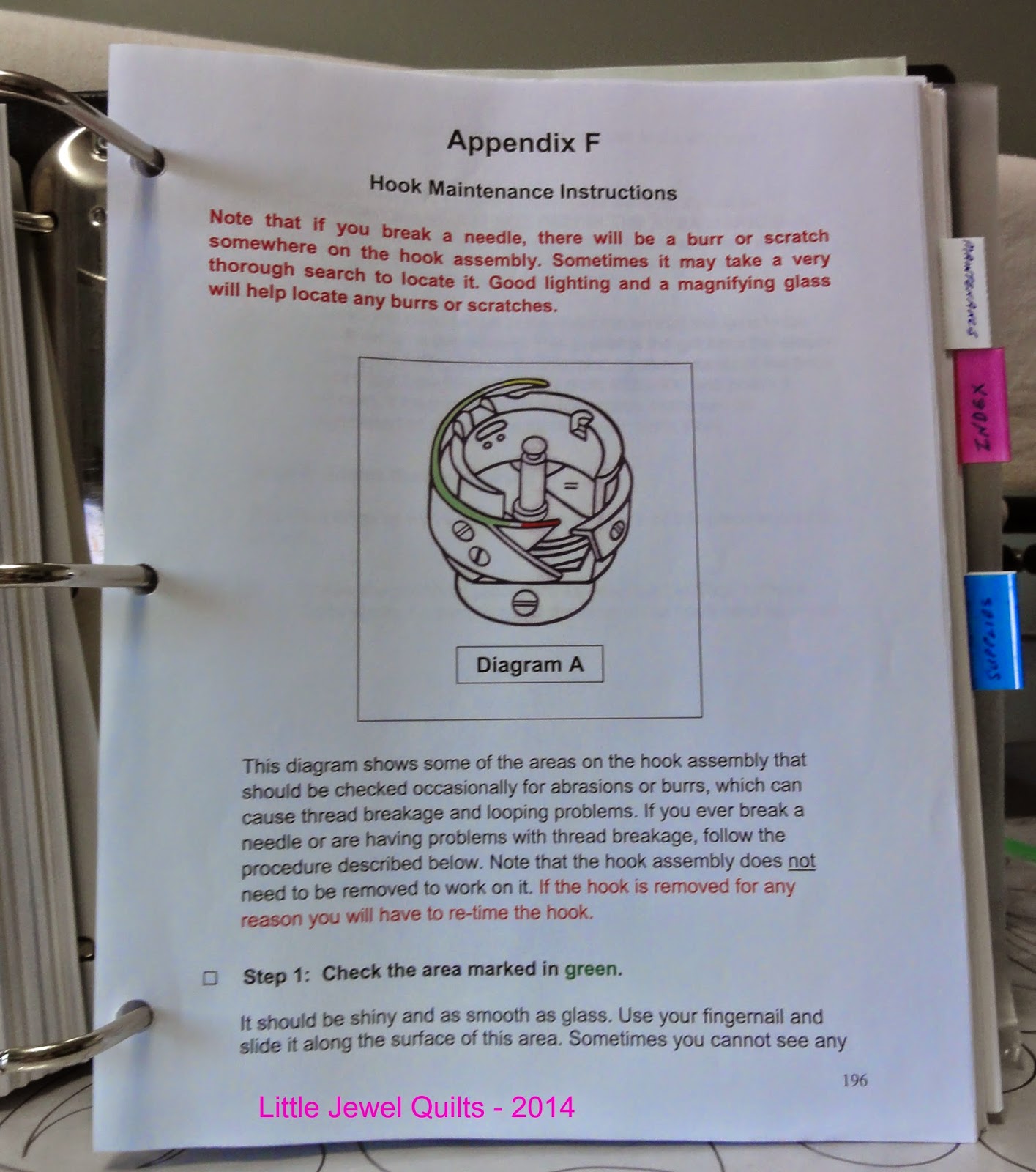 Quilting Tranquility became tranquil and all was well in my studio. I got it almost all done by the time my sister had to go home. She really wanted to stay and see it finished but I was so tired that I just could not quilt any more.

I finished the quilting Sunday morning and I am thrilled with the way it looks. I wish I could take photos that really show how wonderful it is.

So glad you figured out the problem! I wonder how those burs got there after all that time? Problem solved though, and that is the most important thing. The quilt looks great too -- congratulations!

Sooo beautiful! Amanda is going to love her very large quilt. The flower quilting pattern is so pretty and using the dark blue thread I think makes this quilt even more gorgeous. Happy, happy another quilt just about complete. Love sis

Great news that you solved the mystery!
The quilt looks amazing!

So glad your detective work solved the issue. I see lots of quilts getting finished in your future. Tranquility came out lovely - she is going to love it.

I'm glad you solved the problem. I'll look forward to seeing more pictures of the quilt.

My motto has always been: If at first you don't succeed, read the directions. Glad it worked for you. That is truly the best name for this quilt. The colors just really rest the mind.

Beautiful quilt! Great ideas to keep in mind when my thread starts to break. Thanks!

Beautiful quilt!
I admire your mechanical skills in deburring your machine ... :) Pat

Wow! You are sure finishing up some impressive quilts. Good for you on staying focused on finishing.